But beyond that, says a long-running national youth drug-prevention program, the risky situations depicted in the teen drama starring Zendaya (who issued a social media trigger warning before the season 2 premiere) bring “potential negative consequences” to the real-life teens who watch it.

“Rather than further each parent’s desire to keep their children safe from the potentially horrific consequences of drug abuse and other high-risk behavior, HBO’s television drama, Euphoria, chooses to misguidedly glorify and erroneously depict high school student drug use, addiction, anonymous sex, violence, and other destructive behaviors as common and widespread in today’s world,” a rep for D.A.R.E.— yes, the drug-prevention education program that’s been at it since the “Just Say No” ’80s — told TMZ this week.

“It is unfortunate that HBO, social media, television program reviewers, and paid advertising have chosen to refer to the show as ‘groundbreaking,'” the rep continued, “rather than recognizing the potential negative consequences on school-age children who today face unparalleled risks and mental health challenges.”

The critique has sparked some backlash against D.A.R.E. itself, with some calling it a “failed” program.

D.A.R.E. did not respond to Yahoo Life’s request for further comment, specifically regarding how it might advise the show after a spokesperson told TMZ, “We would welcome the opportunity for our team, including members of our high school-aged Youth Advocacy Board, to meet with individuals at HBO who are involved with producing Euphoria to present our concerns directly.”

Other experts have a more nuanced take on Euphoria and its possible effects.

Dr. Danielle Roeske, a psychologist who has expertise in adolescents and addiction and is vice president of residential services at Newport Academy, a teen rehabilitation program with facilities across the country, tells Yahoo Life that, regarding media’s ability to influence teens, “I’m always cautious about demonizing any particular show or any particular forum because we’ve been going through this for ages, it’s just a different version of it.” She adds, “Euphoria is not going to create anything that something else in the media can’t create.”

That said, Roeske doesn’t want to minimize the details of the show, “because it is quite extreme and quite provocative.”

But how the show’s extremes may or may not impact a teen’s behaviors vary greatly, considering that there’s “adolescent development” to consider, and the fact that it’s a well-known time for “trying on different personas and being an individual in the world, separate from parents,” and then there’s “addiction as a whole, and how they intersect,” Roeske says.

That makes for a “whole range” of possible responses to watching a show like Euphoria, she explains, with many other factors at play for each individual child — including “genetics, individual temperament and life experiences and events, especially having experienced significant traumas, which can predispose them to substance use or misuse,” Roeske explains. “So, it feels wishy-washy to say ‘it depends,’ but it depends. Because there are so many variables.”

Regarding D.A.R.E.’s stance that the show glamorizes drug abuse, she says, “I think there’s a difference between ‘glamorizing’ and ‘causing.’ They are two very different notions. Is it glamorizing? Maybe. Because in some ways it makes [drugs] look very appealing. But the whole purpose is to engage an audience … It’s TV, so it’s make-believe,” which is why kids who party and engage in risky behaviors still “manage to get good grades … [and look] to-the-nines, and not puffy-faced. That is part of the glamorization, but it’s also the make-believe aspect of entertainment as a whole.”

Various studies, many of them outdated, have found associations between teens who watch drug use and drinking in TV shows and movies and then try it, including one from 2004 that found “smoking by film stars can play an essential role in encouraging adolescents, especially girls, to reproduce this behavior.”

A 2021 analysis, meanwhile, found predictors of trying drugs among teens to be quite varied, with the most common including low parental support, being mired in poverty or violence, peer influences, availability of drugs and lack of knowledge about the risks of drug use. Other recent studies note that exposure in media, especially movies, to alcohol use is “a demonstrated risk factor” in teen drinking, and that “burgeoning literature on marketing and media [of tobacco, alcohol and drugs] strongly supports robust influences on adolescents and young adults.”

Representatives for Euphoria creator Sam Levinson — who has spoken candidly about how his own battle with drug addiction as a teenager served as a “deeply personal” inspiration for the series — did not respond to Yahoo Life’s requests for a comment on D.A.R.E.’s criticism.

It’s worth noting that the series is rated TV-MA. A Common Sense Media’s reviewer rates it “18+” for its “wall-to-wall sexual violence, drugs, language” and lack of positive messages and positive role models, and stresses, “While it’s a show about teens, the extremely mature content is most appropriate for adult viewers.”

Still, plenty of teens are either watching — or want to, especially due to its heavy promotion on TikTok through sounds, scenes and filters — and because of that, D.A.R.E. has not been the first to sound a warning, with much of it coming in 2019 as the season premiered amid controversy.

This time around, ahead of Season 2, the Parents Television and Media Council issued a stark warning to parents and has even launched a petition imploring HBO to halt the series, calling it “dark, depraved, degenerate and nihilistic,” and noting that it poses an “imminent threat to the health and well-being of children.”

“My criticism of Euphoria, which returns this Sunday for its second season, is not that it’s inaccurate; on the contrary, I find it horrifyingly on target,” he noted. “My criticism lies in the way it aestheticizes the traumas it depicts, an aestheticization that my generation is particularly vulnerable to. Perhaps the only character who truly faces the consequences for her vices is Rue; the other characters repeatedly endanger themselves and others and yet miraculously continue to avoid major catastrophe or even parental intervention. They dance through morally and legally dubious scenarios to a theatrical soundtrack and emerge mostly unscathed and always flawlessly groomed, episode after episode.”

Getachew continues: “While it may have been intended to serve as a warning, Euphoria often feels more like an instructional tutorial or a road map, one that sensationalizes its subject matter while neglecting to fully disclaim its risks and hazards.”

Psychologist Barbara Greenberg, who has an expertise in working with teens, tells Yahoo Life that while she has not seen Euphoria, understands criticism of drug addiction being made to look glamorous — especially through Zendaya as teen addict Rue, who appears gorgeous and healthy-looking, rather than ravaged. “When it’s beautiful people doing these very risky activities … it could normalize these behaviors, and actually have the effect of having kids want to try these things.”

Regardless of what teens do watch, Greenberg says, what’s most important is how parents communicate with their teens about the heavy drug use and other risky behaviors that are depicted.

“When you’re giving a child a message about anything that may be high risk, you don’t want to deliver it too mildly or too frighteningly,” says Greenberg. “Either extreme is equally bad. Your messages have to be very balanced, or your kids will either tune you out — or they’ll be intrigued.”

Roeske agrees that authentic, two-way communication, and “having a genuine interest in hearing their experience,” is vital — especially when such conversations are used to help counteract the normalization of such extreme behaviors on TV. “One of the greatest things to help foster,” she says, “is the skill of discernment.” 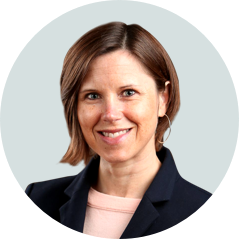