It wasn’t that long ago that Southern California was gearing up for bidding the coronavirus a collective “good riddance.” On June 15, the state lifted the bulk of its COVID-era restrictions, setting off significant buzz about weddings, family reunions, music festivals and a general return to normal, pre-pandemic activity.

Finally, we sighed, we are starting to see each other’s faces again.

“We appreciate the hard work of everyone to keep each other safe and healthy; your efforts make it possible for us to look forward to a full reopening next week,” a hopeful Los Angeles County Public Health Chief Barbara Ferrer declared at the time.

President Joe Biden proclaimed:  “America is headed into a summer dramatically different from last year’s summer … A summer of freedom. A summer of joy. A summer of get-togethers and celebrations.”

What a difference a month makes.

As the pandemic creeps into its 18th month, Southern Californians are feeling whipsawed by new mask mandates, employer vaccination requirements, rising virus caseloads and spiraling hospitalizations. It’s left many people fraught with uncertainty. Should I be out in public? Should I travel? Will my job be moved back to my living room? Are my kids safe returning to school?

“That makes me so angry,” said Nancy Sexton, owner of The Muse Rooms, a Burbank-based company that rents co-working office space, bemoaning the still-worrisome number of people who’ve failed to get vaccinated. “Because the only reason we are back here is the mistrust in the vaccine and hesitancy.”

The uncertainty itself has sparked a kind of reluctant, clumsy pivot in the Southern California COVID-19 zeitgeist, with a our seemingly open path to normalcy suddenly tangled after five solid months of improving statistics and steadily building optimism.

Sexton is among local folks who forged ahead with her business and family, amid her fears. She’s getting ready to open a new site in Hollywood despite the economic toll of the COVID-19 outbreak and her husband Tim’s cancer diagnosis.

“The delta variant has really thrown a loop in things,” said Sexton. “I started to question, man, should I start wearing a mask now when I’m out walking the dog, now that this thing is more contagious than we’ve had before.”

Like many, she’d never stopped wearing a mask in public. “It was nice to walk into work knowing everyone is vaccinated and feeling very comfortable about that,” she said.

The whiplash culminated last week when public health reversals and mixed messaging at the highest levels of government rattled the core of what Americans — and some experts in the field — thought they knew about the virus.

While the vaccines developed under the Trump administration remain hugely effective against serious illness and death, the Centers for Disease Control and Prevention revealed that vaccinated people might be able to spread the delta mutant to others, just as easily as unvaccinated people. The delta is much more contagious than the original virus — or even the seasonal flu — and could be as contagious as chickenpox, according to an internal document circulated within the CDC.

Such revelations, combined with rising caseloads and hospitalizations, inspired Los Angeles County to revive its requirement for residents to wear masks indoors when gathering in public. Pasadena, Los Angeles and Long Beach moved to require vaccinations for employees. Other communities and school districts shifted their restrictions, too.

L.A. Board of Supervisors Chair Hilda Solis followed suit with an executive order requiring shots for county’s more than 100,000 workers.  On the heels of a similar measure in New York City, L.A.’s City Council weighed a motion that would require proof of at least partial vaccination against COVID-19 to enter public indoor spaces, including restaurants, bars, gyms, concert venues and movie theaters.

Confusion erupted, too. In Orange County, school district officials said the state Department of Health confounded parents on July 13, when it issued two statements about masks at school. The agency said schools “must exclude” students if they come to class without a mask and refuse to wear one provided by the school. But later that same day, the agency issued a second statement that kept the mandate in place – and gave individual districts leeway on how to enforce it – but removed the words “must exclude” from its guideline. The county’s Board of Education voted to sue the state.

The drama has played out on a national scale, too. For example, Florida Gov. Ron DeSantis and other officials have defied the revival of mask mandates, even in the face huge caseload spikes.

“While we desperately want to be done with this pandemic, COVID-19 is clearly not done with us,” Dr. Rochelle P. Walensky, director of the CDC, told reporters, “and so our battle must last a little longer.”

Walensky added: “This is hard. This is heavy. But we are in this together.”

Questions swirl about whether people can get back to their pre-pandemic lives — and when. Can we eat indoors? Should students wear masks when they go back to campus — or just return to learning from their homes? Should employers require workers to get shots?

The most complex factor: The evolving disease is itself a moving target.

“When you do have a shifting message that is not consistent, it makes it more difficult for a person to discern what’s true at any given moment and whether to trust the messaging if it’s going to change the next week,” said Marsha Godwin, professor of public administration at the University of La Verne and an expert in local government administration.

It’s one thing to order evacuations during a fire, or urge safety measures to manage a short-range calamity, but crisis communications have risen to a whole new level of complexity during this enduring outbreak, she said. It’s a challenge for experts to successfully communicate consistent, cohesive public-health messages.

“It is particularly hard to say ‘I do not know’ and ‘I will get back to you,’” Godwin said.

Andrew Noymer, professor of public health at UC Irvine, said it’s not the reversals that were notable out of the federal government’s shifts on COVID last week. Rather, it was the need for more transparency.

“I don’t mind the flip-flopping so much because of the data. It was a calculated risk to tell people that they can unmask if they are vaccinated,” said Noymer, an epidemiologist. “It’s the way flip-flopping has been communicated. I’d like transparency to be a hallmark of the public response.”

The reignited battle with the virus has taken an emotional toll, said area therapists, who have been counseling pandemic-weary clients who went from end-in-sight optimism to it’ll-never-end depression.

Uncertainty and emotion “encoded” in people’s minds from the worst days of the pandemic have resurfaced, said John Tsilimparis, a Los Angeles-based therapist.

“Most people really, really struggled with uncertainty,” he said, adding that addiction and underlying mental health problems were only compounded.

Don Grant, director of Outpatient Services for Newport Healthcare, said not helping matters is also the re-emergence of anger.

“People are angry. People don’t know what to believe,” and that has manifested itself in fear and resentment, he said.

“We were let free (by improving statistics and eased restrictions), and now we’re being told we don’t know when this is going to end,” Grant said.

But, Grant said, that  doesn’t mean we’re altogether helpless when it comes to our mental health.

In an era of uncertainty, experts point to the need to preserve as best we can a sense of normalcy, even amid a resurgent crisis.

Telling ourselves, “It’s horrible, we’re going to go back into the lockdown,” can inspire a sense of powerlessness, Tsilimparis said. “But what I can control is the focus on my children, my work, my projects at home … .”

Tsilimparis also urged a pulling back from “emotional reasoning,” and our propensity to revert to the “fight-or-flight process” in our brains.

It’s important to pull back on that instinct of instant fear and to be able to assess, evaluate and prioritize concerns. Fear triggers are centered in the brain, having evolved over the centuries from our species’ days of shifting into action to flee saber-tooth tigers. But now, such responses can lead instead to substance abuse, Tsilimparis said, noting a troubling rise in drug and alcohol use during the pandemic, as well opioid-overdose deaths.

Grant also recommended easing up on our instinct to resent, even hate, the folks and factors they blame for the rekindled crisis.

“People who are vaccinated are becoming resentful of people who aren’t,” he said. “We need to be careful, mindful and respectful. We are all fighting a war. We need to really be kind to others and ourselves and to be flexible.”

Riverside residents Brent and Alice Bechtel were heeding that message as they prepared this week for a scuba diving trip to the Bahamas, where they will meet 20 friends from around the country.

The trip was supposed to be last year, times to the couple’s 40th wedding anniversary. But the pandemic grounded them.

Despite the resurgent virus — particularly in Florida where Bechtels will stop on their way — they feel confident enough to go. They’re vaccinated, prepared and optimistic.

The Bechtel said they will take precautions, but also try to be understanding of those who haven’t been vaccinated.

“If someone is against the vaccine, that’s fine. But they’re the ones who are going to have to deal with the decision that they make,” he said. “My decision is to get a vaccine and be respectful of other people.”

Bechtel added: “As Americans, as people in this world, to be able to give respect and have compassion for others is what it’s going to take to get through this.” 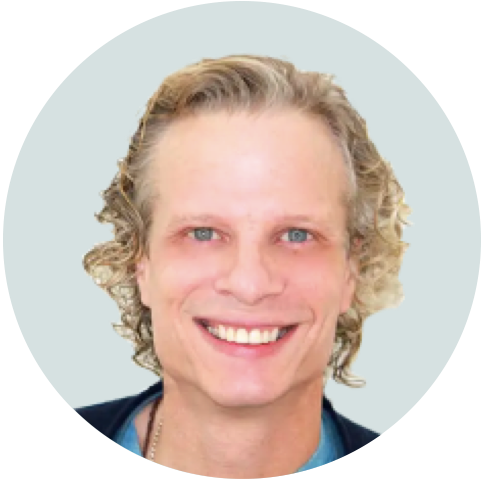