Girls are often anxious and overwhelmed by the attention they get after posting suggestive videos; therapists say more are suffering emotionally

When Jula Anderson joined TikTok at age 16, her first video featured her family’s home renovations. It got five likes. After seeing others post risqué videos and get more likes, she tried it, too.

“I wanted to get famous on TikTok, and I learned that if you post stuff showing your body, people will start liking it,” Jula, now an 18-year-old high-school senior near Sacramento, Calif., said.

Sudden TikTok fame is catching teens off guard, leaving many girls unprepared for the attention they thought they wanted, according to parents, therapists and teens. In some cases, predators target girls who make sexually suggestive videos; less-dangerous interactions can also harm girls’ self-esteem and leave them feeling exploited, they say.

Mental-health professionals around the country are growing increasingly concerned about the effects on teen girls of posting sexualized TikTok videos. Therapists say teens who lack a group of close friends, and teens with underlying mental health issues—especially girls who struggle with disordered eating and body-image issues—are at particular risk.

“For a young girl who’s developing her identity, to be swept up into a sexual world like that is hugely destructive,” said Paul Sunseri, a psychologist and director of the New Horizons Child and Family Institute in El Dorado Hills, Calif., where Jula began receiving treatment last year for anxiety and depression. “When teen girls are rewarded for their sexuality, they come to believe that their value is in how they look,” he said.

He said approximately a quarter of the female patients at his clinic have produced sexualized content on TikTok.

Carter Barnhart, co-founder of Charlie Health, a virtual mental-health care provider, said a growing number of teens she treats report their self-esteem is dependent on the quantity of likes they get on TikTok. “Many of them have figured out that the formula for that is producing more sexual content,” she said.

Videos just ‘for you’

Teens’ dependence on TikTok for social validation has risen as the app has become their favored platform. TikTok overtook Instagram in popularity among teens last year—and became the most visited site on the internet.

TikTok’s algorithm regularly propels virtual nobodies onto millions of viewers’ For You pages. TikTok weighs whether viewers show strong interest in a particular type of content, measured by whether they finish watching videos, the company says. Its recommendation engine then chooses videos to send to those viewers, regardless of the creator’s follower count or past video virality.

“We think carefully about the well-being of teens as we design our safety and privacy settings and restrict features on TikTok by age,” a TikTok spokeswoman said in a statement. “We’ve also worked with youth safety experts to develop resources aimed at supporting digital safety and literacy conversations among parents and teens.”

A company fact sheet says “content that is overtly sexually suggestive may not be eligible for recommendation.” The spokeswoman said content from users who state they are under 16 isn’t eligible for promotion via the recommendation engine, nor would it appear in search results.

Teens are known to lie about their age when creating social-media accounts. Users must be 13 to create a TikTok account, and it is company policy to suspend the accounts of kids the safety team believes to be underage.

One 16-year-old girl Dr. Burwell is treating made progressively more suggestive videos. “The more likes she had, the more revealing her outfits became,” she said.

The girl ended up chatting with a man who urged her to take their conversation off TikTok and into a messaging app. The girl sent the man partially nude photos of herself and the two were making plans to meet in person when her parents discovered the texts, according to Dr. Burwell.

“When you combine human behavior and algorithms, things get messy,” Dr. Burwell said. “We’re trying to clean it up, one client at a time.” 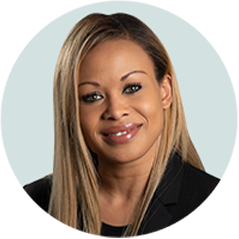