When Claire Schiopota last sat in a classroom, she was a senior in high school.

First, she missed her prom. Then, her high school graduation. Her first day of college at Ohio University came the day after then-President Donald Trump baselessly accused the US Food and Drug Administration of delaying trials for the COVID-19 vaccine. About 78,000 new cases of COVID-19 were diagnosed on Schiopota’s first day at school, according to an analysis by The New York Times.

For Schiopota, the day passed with little fanfare as the 19-year-old began classes from her parent’s basement 205 miles North in Aurora, Ohio.

“My mental health was so bad in the fall,” Schiopota said of her first semester at Ohio University. “I genuinely don’t know how to explain it other than I didn’t feel anything. I didn’t care what was happening. I was just doing my schoolwork to get it done and then waiting until the weekend.

“I was very depressed,” she added.

Schiopota first moved to campus in Athens, Ohio, when the spring semester began in January this year.

Her mood and outlook greatly improved while living on campus, she said, but most of her time was spent in her dorm room. The university had offered some courses in person in the second half of the academic year, but none of her classes met in person.

Schiopota, who studies journalism, said she wasn’t engaged in her work.

Some students attended virtual classes in coffee shops or at the library, but Schiopota found it challenging to participate in virtual classes from public spaces. While she was able to meet other students in her dorm and through her participation in extracurricular activities, it was difficult to make friends, she said.

Her roommate moved out shortly into the semester when COVID-19 cases in their residence hall increased. So, Schiopota lived and studied alone in a room meant for two. The remaining students in her dorm resorted to a group chat to keep in touch and organize hangouts as resident assistants in the building would shut gatherings down if too many students were congregating in one area.

“I’m just really hoping in the fall being in person I can finally feel like the classes are impacting my education a lot because currently, they don’t really feel like that,” she said.

But a new challenge has emerged: what will come of her college experience in light of peers who haven’t been vaccinated against COVID-19. Schiopota doesn’t want to be forced back online if the virus spreads on campus.

Officials at Ohio University plan to require masks in indoor settings during the upcoming school year. School officials announced Tuesday that vaccines would be required on campus, but not until November 15.

Young people have generally avoided serious illness that COVID-19 can cause, but data suggests that the highly transmissible Delta variant can create more serious infections in children and young adults than previous strains of the virus, as Insider previously reported.

(H2) Anxiety is common among college students, but the pandemic has exacerbated that for students

“Returning to campus, we would imagine, would create anxiety as students don’t know what to expect after all of these months in quarantine — isolated from teachers and academia — but also from social outlets for themselves, such as sports and extracurricular activities,” said Kristin Wilson, a licensed professional counselor and the Chief Experience Officer at Newport Healthcare, a network of treatment centers for adolescents, young adults, and their families.

While anxiety among college students is typical, Wilson told Insider, the uncertainties related to COVID-19 as students return to schools in the coming weeks could amp up those normal feelings for some students.

“The pressure to perform academically for college students and those entering college is high on a regular year,” Wilson told Insider. “So having a hard time during the pandemic would be something we would expect to happen.

The Delta variant, and other unknowns that come with it and COVID-19, could further exacerbate fears and anxieties, she said, like worries a student could unknowingly bring the virus home to family members.

“And for students who already struggle with anxiety or low-level depression, a pandemic, and then ultimately returning back to campus, will probably magnify these,” she said.

There are also concerns that isolation and anxieties fueled by the pandemic could lead to more risky behaviors and unhealthy coping mechanisms, including poor sleeping and eating habits, and the abuse of drugs and alcohol, Wilson added.

Varun Kathawate, 20, last attended an in-person class at the University of Michigan in Ann Arbor when he was a first-year student. He just returned to campus to begin his final year there, which begins on August 31.

The last year-and-a-half has been tough for Kathawate, a biology student who recently moved into an off-campus apartment with friends. In March last year, school officials abruptly ordered Kathawate and other students out of their on-campus housing in a story familiar to many young adults who found themselves in college housing when the pandemic first reached the US.

He returned home to live with his parents in Lake Orion.

The shift to online learning was difficult, Kathawate said. Professors weren’t sure how to translate their lessons online. He felt he wasn’t getting the education he wanted and was “extremely isolated.”

By the beginning of his entirely virtual fall semester last year, any novelty about online learning had vanished.

“It just became incredibly monotonous,” he told Insider. “I would just be sitting at my desk with my laptop and Zoom calls with my camera off for three or four hours at a time and just be absolutely bored out of my mind.

“It felt like I wasn’t learning anything at all,” he added. “I was just going through the motions. I didn’t feel like a student at all.”

Kathawate, a self-described “people person,” said he was excited to meet new people when he went to college. But with his first year cut short, he often felt disconnected from friends and even family because he spent most of the time in his room attending virtual classes and completing assignments.

Kathawate said he’s “cautiously optimistic” about the upcoming school year but said “there’s a really huge anxiety” that further COVID-19 spread could send him and his peers back to learning online.

While he’s concerned about the Delta variant, he said he was comforted by the measures school officials were taking to stem the spread of the disease. Officials in July announced students and faculty would be required to be vaccinated against the disease.

To ensure the mental and emotional wellbeing of students, Wilson said schools can work to alleviate added stressors and anxieties by enhancing students’ access to mental health resources.

A study conducted at The Ohio State University during the 2020-2021 academic year found students on campus reported increased rates of anxiety, depression, and burnout by the end of the school year. These students reported higher levels of unhealthy eating, alcohol use, and use of tobacco and vaping.

Universities and colleges can also better train staff to assist students and incorporate “coping skills and resiliency training” into their standard course offerings to avoid a similar increase this academic year, she said. 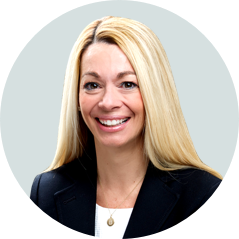