On February 10, 2021, in collaboration with Denison Texas ISD, Newport Healthcare hosted a viewing of the teen suicide awareness documentary,My Ascension. The documentary shares the story of Emma Benoit who survived a suicide attempt at age 16, and aims to bring attention to the challenges currently facing teens and young adults as suicide rates continue to rise across the country. The CBS & Fox affiliate KXII News covered the screening, where Newport’s Vice President of Clinical Outreach, Kristin Wilson, hosted a panel discussion with Emma Benoit, the director Greg Dicharry and suicide prevention activists Tonja Myles and Vanita Halliburton. Below is the segment as aired on KXII News.

Wednesday night, Denison ISD hosted a viewing of a teen suicide awareness documentary. Why educators are saying it’s important now more than ever, and when you can view the film next.

The film My Ascension is based on a true story of a Louisiana teen and her survival after attempting to take her own life. She shares her message of hope to other teens struggling with depression and anxiety; something Denison ISD educators say is perfect timing for their students in the middle of the pandemic.

“She was a cheerleader, she was a good student, but she suffered with depression and anxiety all her life, and she really didn’t know how to go about getting help,” said Special Education Counselor for Denison ISD, Jackie Melancon.

The Grant Halliburton Foundation and Newport Healthcare are sponsoring the screening of the documentary My Ascension.

“Her suicide attempt left her paralyzed and this is about her journey through that,” said Melancon.

They encourage students to watch the film together as a family to use as an education tool for mental health, signs of suicide and where to get help.

“Having it come from a student perspective changes everything and makes it much more real. And that’s what we need to do is we need to get real stories into the hands of these kids so that they can see that it’s not just them,” said Director of Communications for Denison ISD, Brian Eaves.

Tonight’s viewing has run out of spots, but Denison ISD will provide access to a second showing in the spring.

“Depression and anxiety is kind of taboo in our society, or mental health, and it has a stigma related to it and so people don’t ask for help,” said Melancon.

The district says their teachers have seen student stress levels reach higher heights than ever since the start of the pandemic.

“It could be teenagers in high school all the way down to elementary schools. They’re feeling the strain of the changes we’re all having to make at this point in time and the fear is real,” said Eaves.

They hope the film will inspire hope and spark conversation.

“It’s about a message of hope and how you can get help. And that you don’t have to suffer alone, and the bravest thing that you can do is ask for help,” said Melancon. 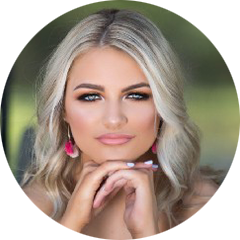